UZ STUDENTS SAY NO TO EXAMS ON SABBATH 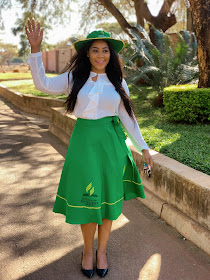 Alternatively, they want the examinations to be written on different dates and times and previously proposed that UZ puts them into quarantine to allay any fears of cheating and releases them for examinations at 6pm on the respective dates.

The court heard that the UZ opened its learning facilities to final year students on June 29 following its closure in March due to the coronavirus (Covid-19) pandemic.

On July 1, the university released an examination timetable through the e-learning portal and some of the examinations are going to be held on June 11 and 18 which will be Saturdays.

“The applicants being members of the Seventh Day Adventist Church cannot avail themselves for the said examinations on the above-mentioned dates as this conflicts with their professed faith, in particular their belief that the biblical seventh day, Sabbath, starts from sunset on Friday to sunset on Saturday,” reads the application.

“Applicants have fundamental constitutional rights to freedom of conscience, right to education and right not to be unfairly discriminated against. The right to freedom of conscience allows them to practice, propagate and give expression to their religious beliefs. Given that the applicants cannot take up the exams on Saturdays, they will definitely suffer prejudice if the examinations are to proceed in their absence.”

The students said they had attempted to engage university authorities concerning rescheduling of the examinations, but to no avail.

The court heard that despite efforts to negotiate for the students to sit for the examinations from 6pm on the Saturdays, UZ authorities did not take heed of the letter of proposal on July 8 for the alternative plan.

“To allay any fears of cheating the affected students may be placed in quarantine at the university and still sit for the exams soon after their Sabbath ends.

“It is accordingly just and equitable and consistent with the applicants’ fundamental liberties that the examinations scheduled for Saturdays July 11 and 18 are suspended with immediate effect and rescheduled to any other dates which are not Saturdays.

“The matter cannot follow the ordinary roll as the examinations are imminent and applicants have given the matter the urgency it deserves. It is just and equitable that relief be granted.” Daily News