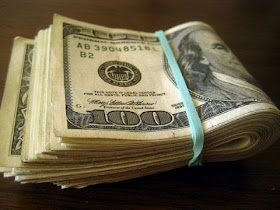 The Zimbabwe Coalition on Debt and Development (ZIMCOD) has said it forecast a drop in remittances by Zimbabweans working outside the country due to a global economic downturn as a result of the coronavirus.

With a diaspora population of over three million, as recorded by the International Organisation for Migration (IOM), remittances form a very important aspect of Zimbabwe’s economy.

In its recent report, titled ‘Zimbabwe COVID-19 Response Mechanism: The Resource Factor’, ZIMCOD said the country’s economy was going to be affected negatively by the coronavirus.

Most host economies around the world for Zimbabweans are contracting owing to COVID-19, reducing remittances to the country.

“With South Africa being the biggest host nation to Zimbabwe’s diaspora population and accounting for over 56 percent of remittances, the restrictions in terms of movement of goods and the disruption to business will have negative effects to the majority of ordinary Zimbabweans,” it said.

Diaspora cash remittances is a vital source of foreign currency liquidity for the country’s economy and income for many households.

“Consequently, the expected decline in diaspora remittances has a net effect on the country’s current acute foreign currency challenges. A decline in individual cash remittances is also going to affect small- to medium-scale businesses in retail, hardware as the remittances form a primary source market for these back of the value chain businesses.”

According to the World Bank, Zimbabweans living abroad send back home goods and money upwards of US$1.8 billion annually.

Personal remittances consist of all current transfers in cash or in kind received by households in the southern African nation and these make a considerable contribution to both urban and rural livelihoods.

However, last week the government availed significant funding for social welfare support for one million people in urban areas, mostly informal workers, whose business activities have been affected by the 21-day Covid-19 lockdown.

Treasury said it will be initially availing ZWL$200 million per month under a cash transfer program which will be reviewed as necessary.

The Department of Social Welfare will run the programme, in which development partners are also expected to chip in.
New Ziana