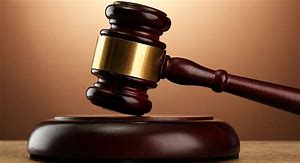 A 32-YEAR-OLD mechanic from Bulawayo allegedly habitually raped and beat a 61-year-old woman who gave him a home when his relatives threw him out in 2011.

Over seven years, the man allegedly told the woman he was saving her relatives from death every time he raped her.  He allegedly threatened to kill anyone that the woman would narrate her ordeal to.

The man claimed that he was communicating with goblins that told him the woman and her relatives would die for helping him and he could transfer the curse of death to his family members by having sex with her.

A stunned Bulawayo magistrate, Mr Joseph Mabeza, on Thursday heard how the man, whose name has been withheld to protect the identity of the victim, would slap the woman and hit her with a wooden spoon before raping her.

The accused, through his lawyer, Mr Tinashe Runganga, pleaded not guilty to rape and domestic violence charges. He was remanded out of custody to August 29 on $100 bail.

The man said he was in an intimate relationship with the complainant and the allegations against him were fabricated.

“My client did not rape the woman; she consented to the sexual intercourse as the two were lovers.

“If he had been sexually abusing her as she alleges he did, why did she not report the matter to the police from the time when it started?” asked the lawyer.

“She enjoyed the sexual encounters and it is only now that she has decided to report the matter as her relationship with my client has turned sour,” said Mr Runganga.

The court heard that the accused person and the complainant had known each other since 2009 when the woman hired him to fix her car.

Prosecuting, Ms Caroline Matanga said on May 6 in 2011, the complainant found the accused person at the Bulawayo City Hall alleging that he had nowhere to go as his family was having problems with the Central Intelligence Organisation (CIO) and he feared for his life.

“The complainant had compassion over him and took the man to her home where she allocated him a spare bedroom until he had sorted out his life,” she said.

Ms Matanga said from that time the accused person would tell the woman scary stories about his life.She said the complainant sometimes received threatening text messages from unknown numbers involving the accused person and was therefore always intimidated.

In December 2011, the accused person allegedly told the complainant that he loved her and had made a sacrifice on her behalf. He claimed that he was talking to goblins who had told him that her relatives were all going to die and in their place he sacrificed his relatives.

The court heard the accused person had sex with the complainant numerous times, sometimes without protection, between January 2012 and February 2019.

On some occasions the man would demand money from the complainant and order her to borrow from her children, relatives and friends. He would punch, kick and slap the woman all over her body and threaten to kill anyone whom the complainant would tell.

In February this year, the court heard, the woman finally braved up and told her younger sister about the abuse.Ms Matanga said the sibling secretly reported the matter to the police leading to the accused person’s arrest. Chronicle