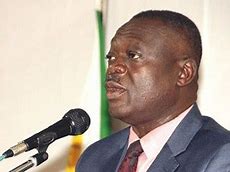 GOVERNMENT says it will maintain its position of prohibiting the growing of genetically modified crops, arguing it is yet to be convinced on the benefits of the GMOs.

This comes amid growing calls that Government should allow the growing of GMOs as an alternative solution to boost agricultural production being negatively affected by recurring droughts exacerbated by conditions associated with climate change.

Last year, most parts of southern Africa, Zimbabwe included, severely suffered long dry spells due to an El Nino weather pattern, resulting in significant reduction in yields of major crops such as maize and cotton.

The drought also affected maize output, which dropped by 54 percent to 776 635 tonnes and indications are the country is likely to import almost one million tonnes.

Advocates of genetically modified crops, said the Government should take a fresh look and embrace the growing of such crops to boost productivity and reduce imports.

“I think it is the right time to adopt these GMOs because of the state of national food security as well as to improve better yields,” said Dr Dexter Savadye, chief executive of National Biotechnology Authority told Sunday Mail Business in an interview.

However, Lands, Agriculture, Water, Climate and Rural Resettlement Minister Perrance Shiri, said while the debate was ongoing on GMOs, growing of such varieties remain prohibited.