FUEL DEAL FOR DIASPORANS FOR RELATIVES AND FRIENDS 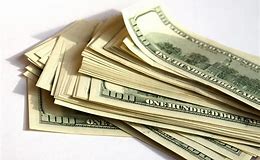 ZIMBABWEANS living outside the country will with effect from next week be able to purchase fuel for their relatives and friends in the country through an innovative technology where they can pay in their respective countries while intended beneficiaries access the commodity at selected fuel stations locally.

A company called ezFuel has  come up with the new initiative, a mobile application where diasporans can pay for fuel which is then accessed locally.

Some garages in Zimbabwe have been given the green light to sell the commodity in foreign currency but most locals do not have access to the money since the country shifted to mono-currency after abandoning the use of a basket of foreign currency. According to the company, the application can be downloaded from Google Play Store.

It said the fuel will be reserved at registered fuel outlets dotted around the country. Contacted to shed more light, the company’s director of business performance and insight, Mr Zaheer Mullajee, said details of  fuel stations and other logistics will be availed this week when the facility is launched.

“Thank you for getting in touch, we will surely get in touch with you once we have successfully rolled out our pilot launch in the coming week,” he said in an e-mail response.

Zimbabwe Energy Regulatory Authority (Zera) acting chief executive officer Mr Eddington Mazambane said as the regulatory authority they were not directly dealing with ezFuel because it was acting as an intermediary, rather than as a fuel company.

“Probably we would not license that, the case is that they have to get fuel which is licensed already. I think they are coming in as a facilitator for getting fuel for people and we do not have that kind of a licence as Zera. That model may not even come to us for licensing,” he said.

Mr Mazambane said from his understanding the company will play a go-between role between people in the diaspora and a licensed service station. Mr Mazambane said they would have concerns if ezFuel was offering delivery services.

“There were some people who advertised that they were going to deliver fuel to people’s homes. Safety issues then came to play, it could not be done,” he said.

He said if the company will be securing fuel from unlicensed players then there would be challenges and the regulator would step in.

The system of topping up fuel is applied technology that has been likened to the fuel coupon system where one can purchase the coupons in advance and top up as and when they are able owing to the availability of fuel at selected fuel stations.